Loading a RAID driver for the motherboard integrated controller is a familiar procedure for anyone having encountered and used such a setup under Windows regardless of using AMD or Intel-based systems.

However, the new AMD Ryzen series of chipsets have a slightly odd driver initialization procedure than previous series, as in they need the use of multiple driver layers which require loading in the correct order.

We assume you already have a USB stick all set-up with the installable version of your favourite Windows edition. Having the correct RAID Windows Setup driver for your particular motherboard all ready and placed on a USB stick is our second assumption.

Moving on, we also need to ensure that the storage media – the hard disk(s), the SSD(s) are initialized and configured in the RAID controller’s interface – if they’re not don’t be shy to press CTRL-R during this prompt to set that up. 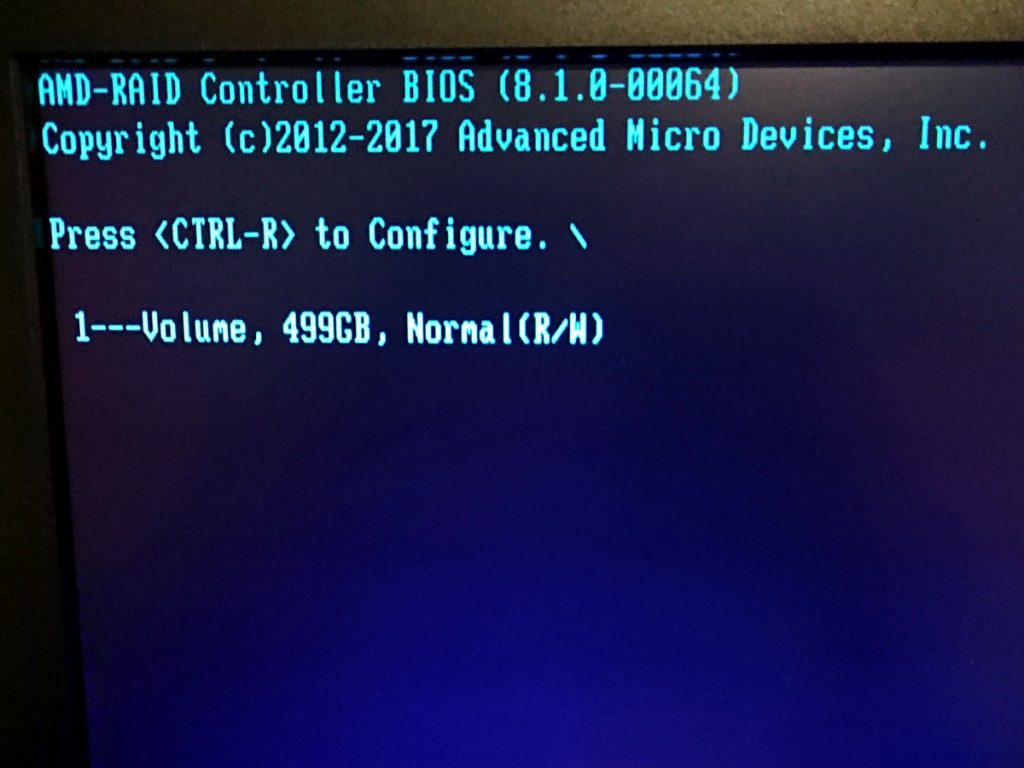 Next step is to boot from the Windows stick and start the setup process, where we will be prompted (after the first nexts) with the all familiar “couldn’t find any drives” status message. 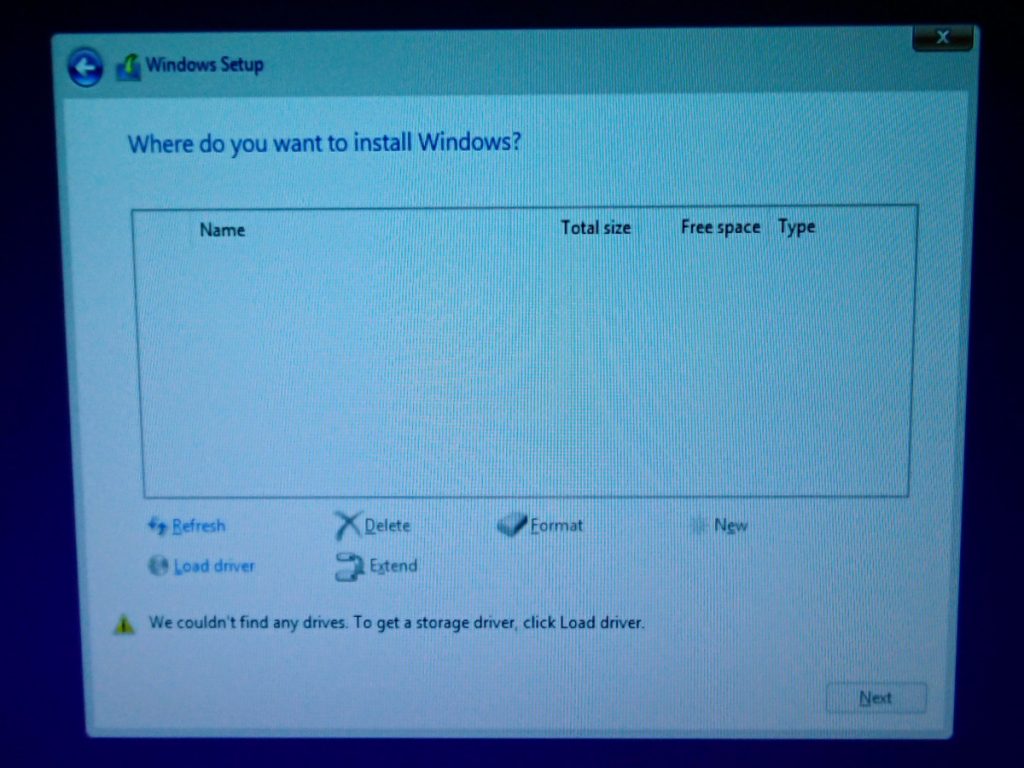 Continue by clicking the Load driver button/link to load the necessary RAID drivers. This is where the procedure starts to differ from what we’re familiar with. 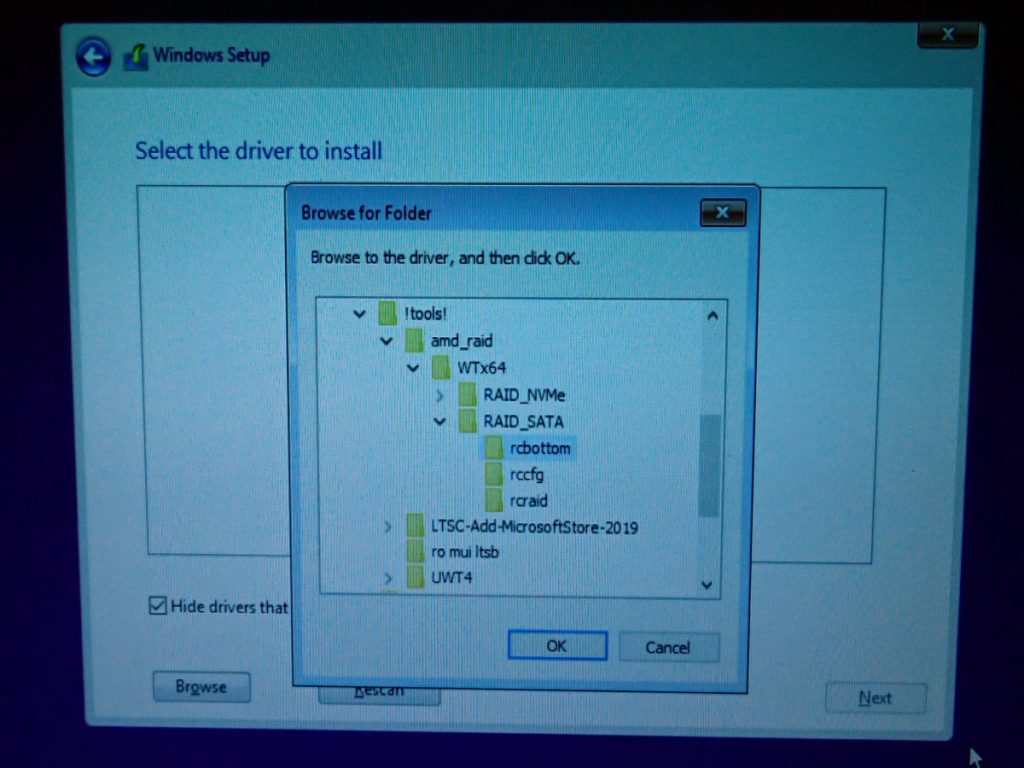 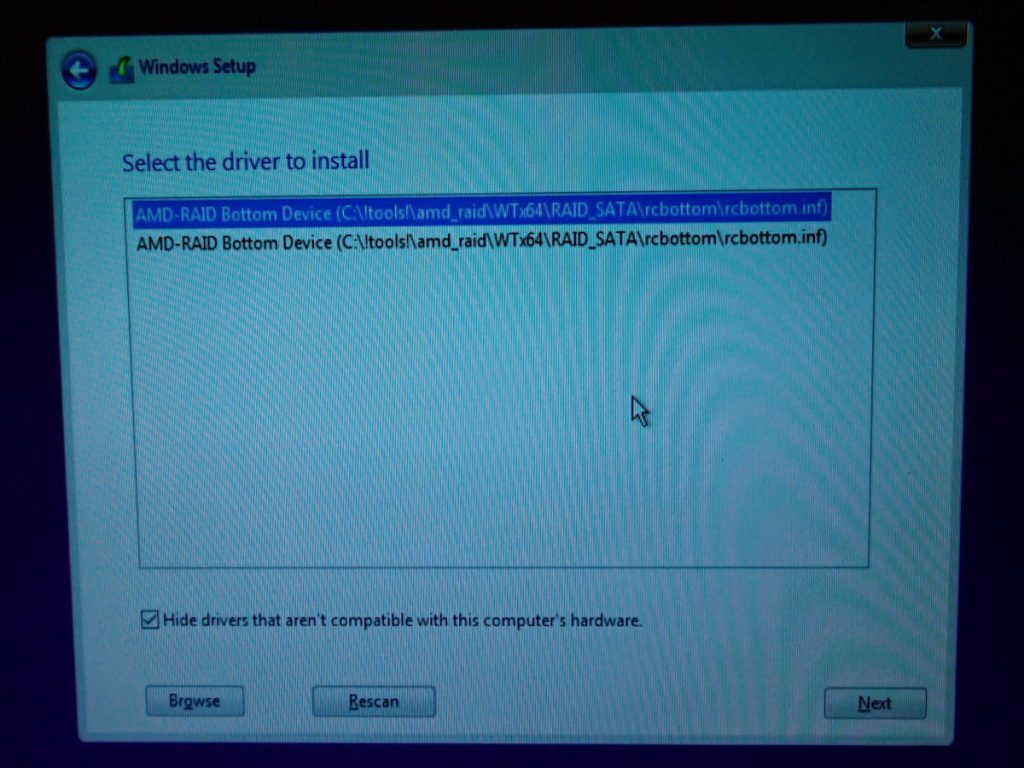 Select one of the Bottom Devices (weird name, AMD!) and click Next to continue.

You’d expect for something to happen after this step, but it won’t, so let out a sigh and let’s move on.
Click the Load Driver button again and this time navigate and select the rcraid folder instead (again, from the appropriate SATA or NVMe branch). 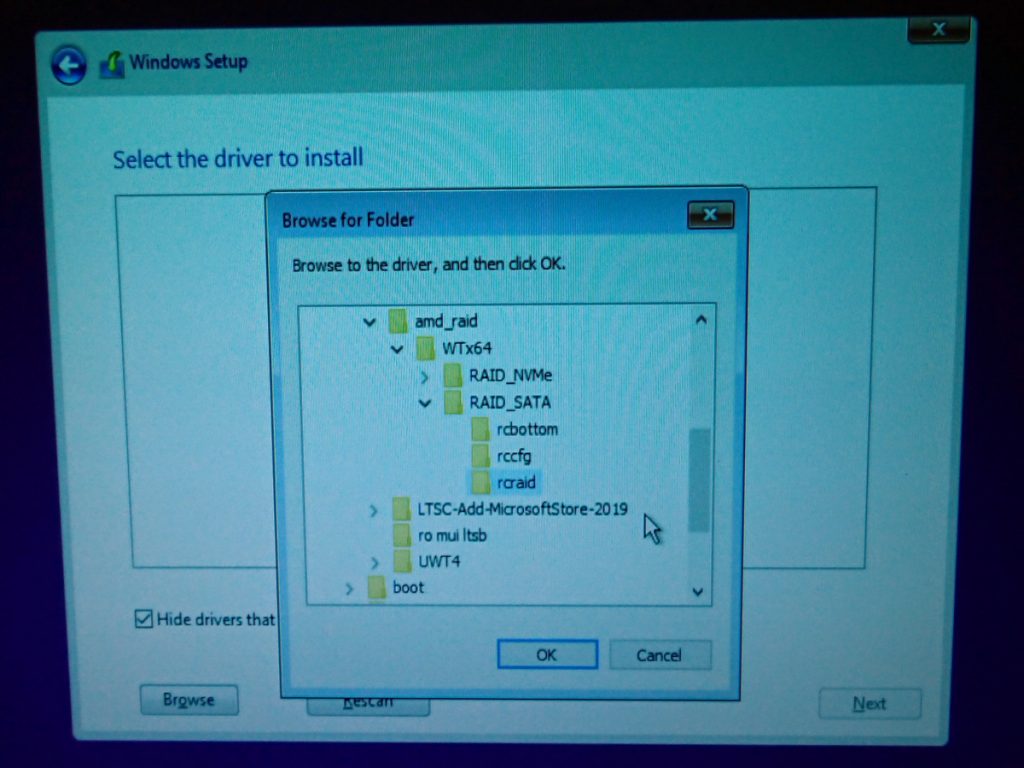 Select the controller item and click Next to continue. 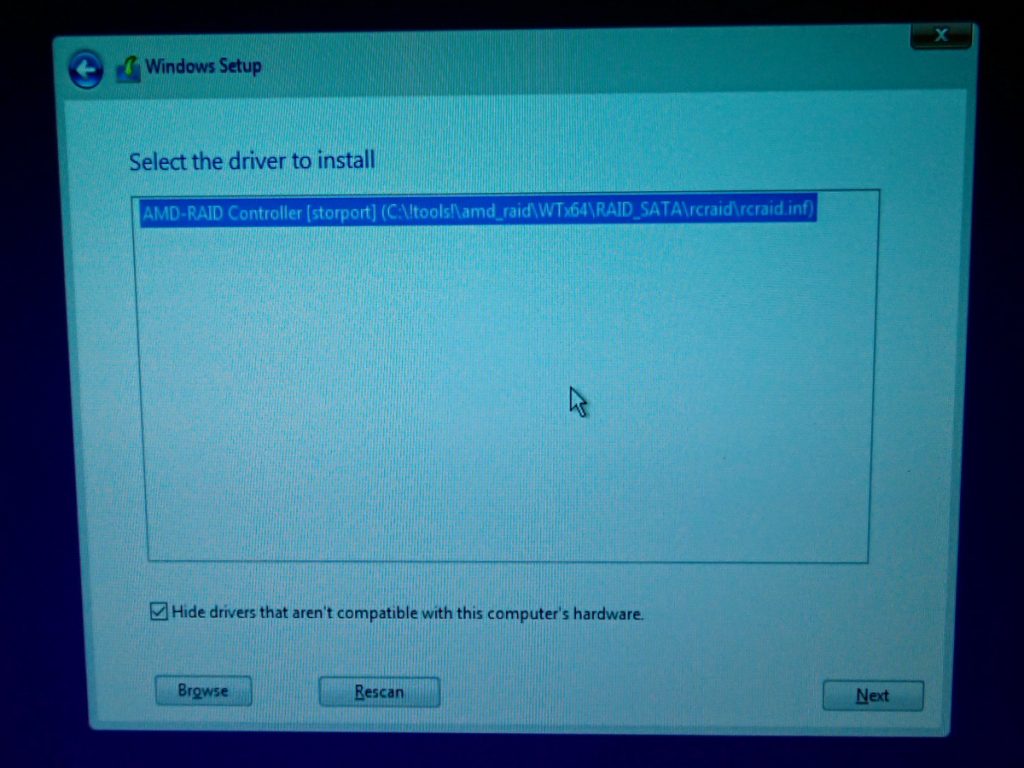 Finally you’ll be presented with your storage device in all its (preferably empty) glory. 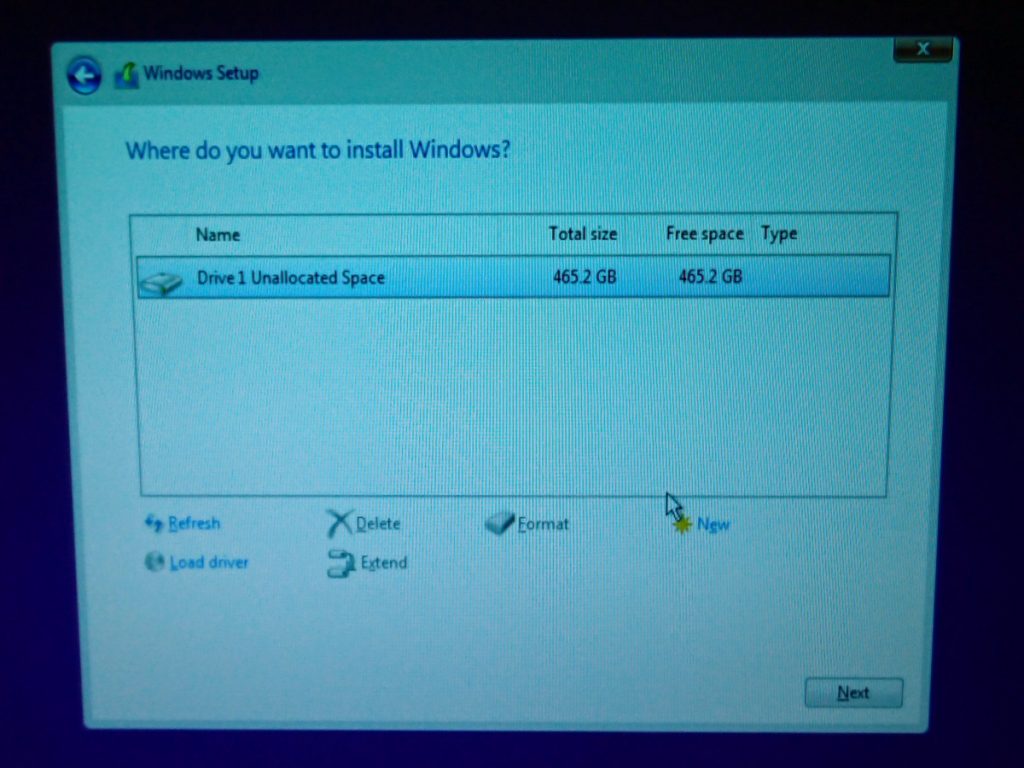 All done. Pat yourself on the back and thread on the safe and comfortable path of installing Windows the usual way.
Don’t forget to install the proper necessary chipset drivers once you’re on the desktop.