ASUSWRT does a decent job at providing Samba shares to the Windows clients on the network and this will work in most cases. However, if you need to mix password protected with public (open) folders, the firmware cannot handle this scenario.

Fortunately, Asus made a decent job at making the firmware customizable enough that this functionality can be enabled with a bit of custom tweaking.

Enable password-protected Samba functionality and add the necessary users you want to use for login (the admin user is included by default). Configuring the shared folder can be done at this point but is not necessary as this can also be done later. 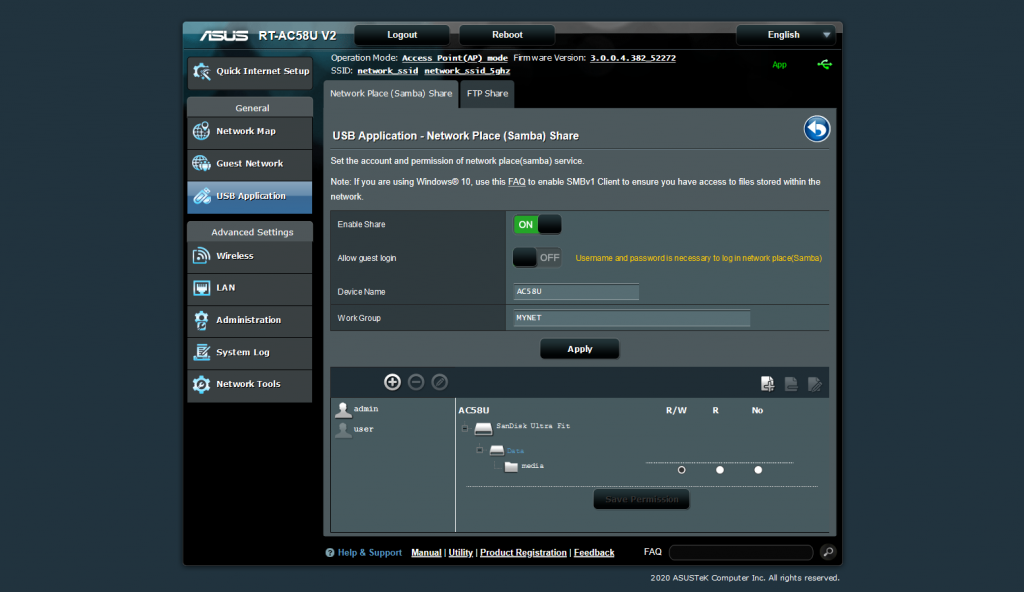 Start by enabling SSH access to the router – to be able to modify internal configuration files. 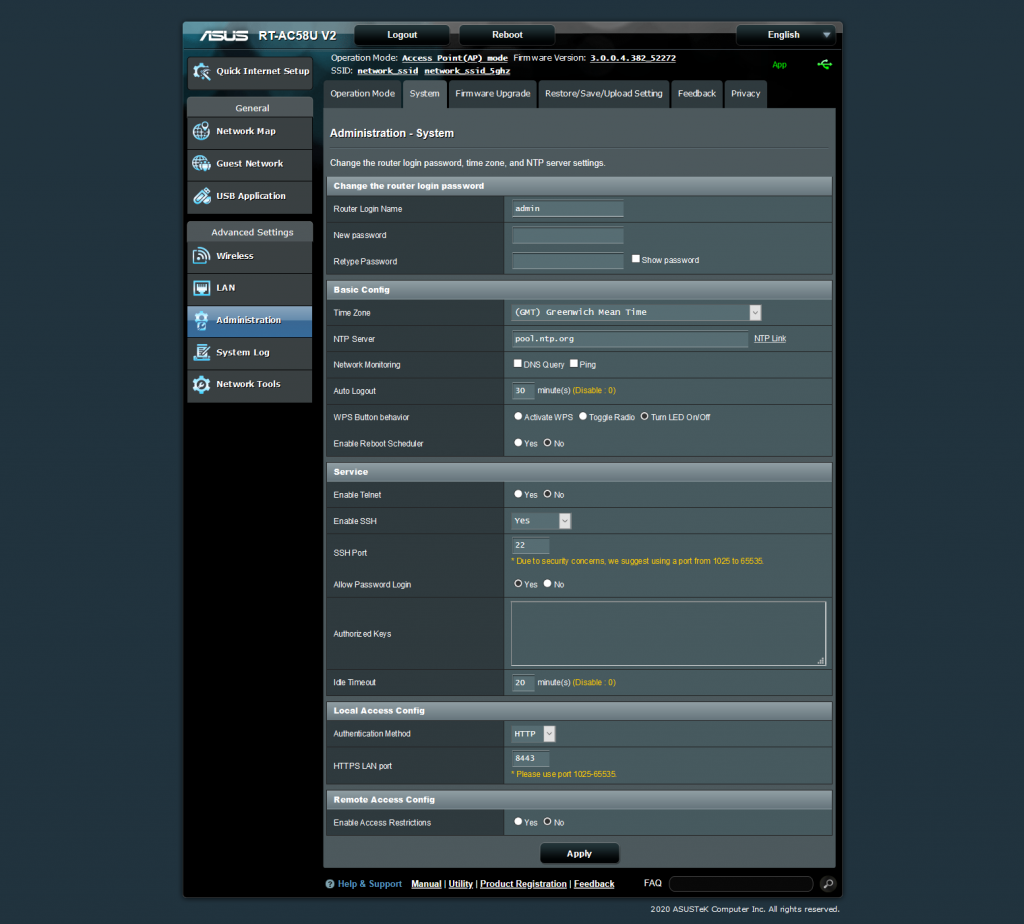 Either use SSH (with the built-in vi editor) or a SCP file manager to edit the necessary files on the router’s filesystem:

We’ll need a script to restore the customized samba configuration file after every (re)boot. David Longenecker already did all the hard work and found the necessary steps for this. Thanks, David!

I used the fixsamba script from David’s Github and placed it in the router’s /jffs (non-volatile) storage. The script takes care of killing Samba, restoring the tweaked configuration file from the backup copy and then restarting Samba with the customized configuration file.

For make the router run the script when necessary, execute the following 3 commands via SSH:

Edit the /jffs/smb.conf configuration file to re-enable guest access (by mapping bad users to the guest user) by editing the map to guest parameter: