If you navigate to some of my tech articles you may be welcomed by the (not so pleasant but contrastingly colorful) harmful site ahead, proceed at your own risk warning: 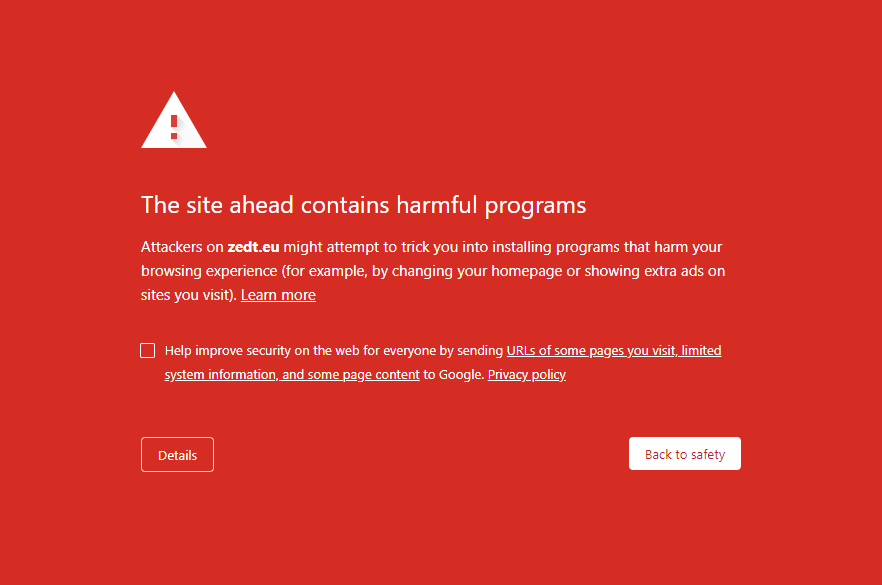 No, the site wasn’t hacked (I checked and double-checked), I haven’t started hosting viruses or other nefarious things, the warning appears to stem from the fact that Google’s algorithms decided (after over a year) that they don’t like a particular program I link to  so decided to flag an entire category of articles as dangerous: 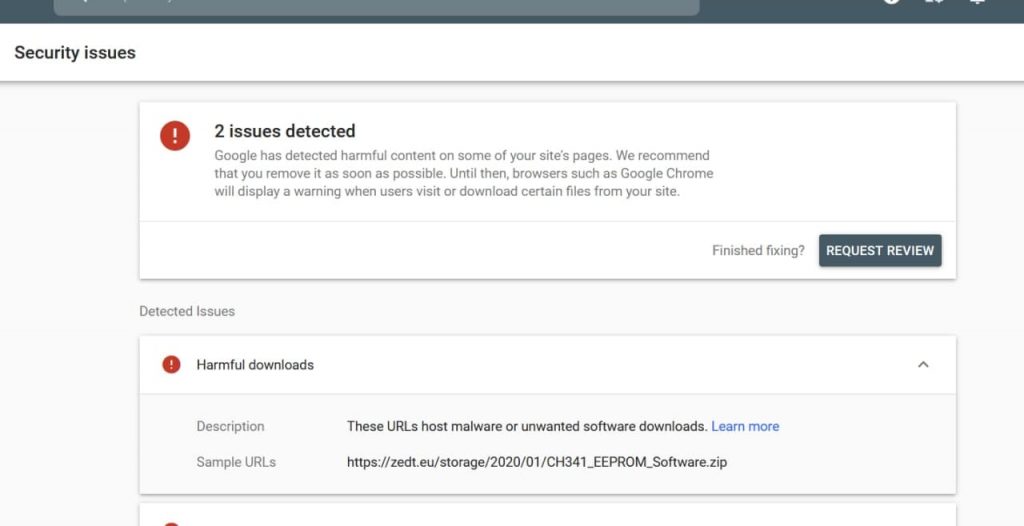 The indicated file is a programming tool for the (Chinese made) CH341-based EEPROM programmers I used and wrote about in a previous article. This file has been linked to and available for over a year on the site, and beside the fact that it’s Chinese-made (I admit that doesn’t tickle me in a good way), it is not detected as suspicious or harmful by any of other 83 scanning engines (scan result here):

Thanks to the fact that Google’s SafeBrowsing lists are used by all major browsers this warning is present in all browsers while accessing any of my tech/ articles. So until Google gets its fact straight and has less nightmares about invisible enemies, you’re free to browse those articles at your own risk. Or not, it’s your choice. 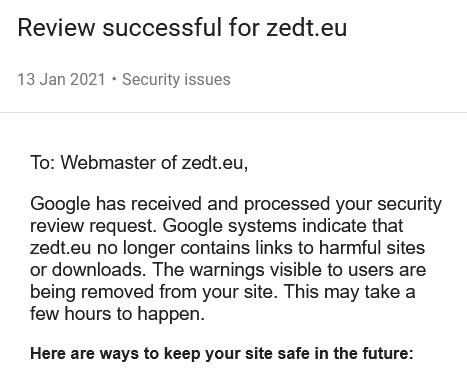 Later edit: Google was fast to act and cleared the warning within 24 hours of removing the linked file and requesting a review. However that doesn’t solve the issue of marking half a site as harmful for a single file linked in a single article in the first place. Not to mention that file is not identified as harmful by other scanners.