I recently cloned my Windows (and the 100MB boot) partitions from a RAID0 volume to a new SSD.  As the old RAID0 volume also holds a separate partition, it is still present in the system, but the old boot and Windows partitions have been hidden after the cloning.

Everything worked fine (the old/backup partitions were indeed hidden) for a while, until I connected a separate hard disk (via eSATA) to the system. Right then the old partitions showed up in Windows Explorer as drives H: and K: (see the right half of the image below).

Upon entering Computer Manager to remove the drive letters, the partitions do not have any letters assigned (see left side of the image below). In fact, no actions beside “Delete parittions” are present on the context menu. 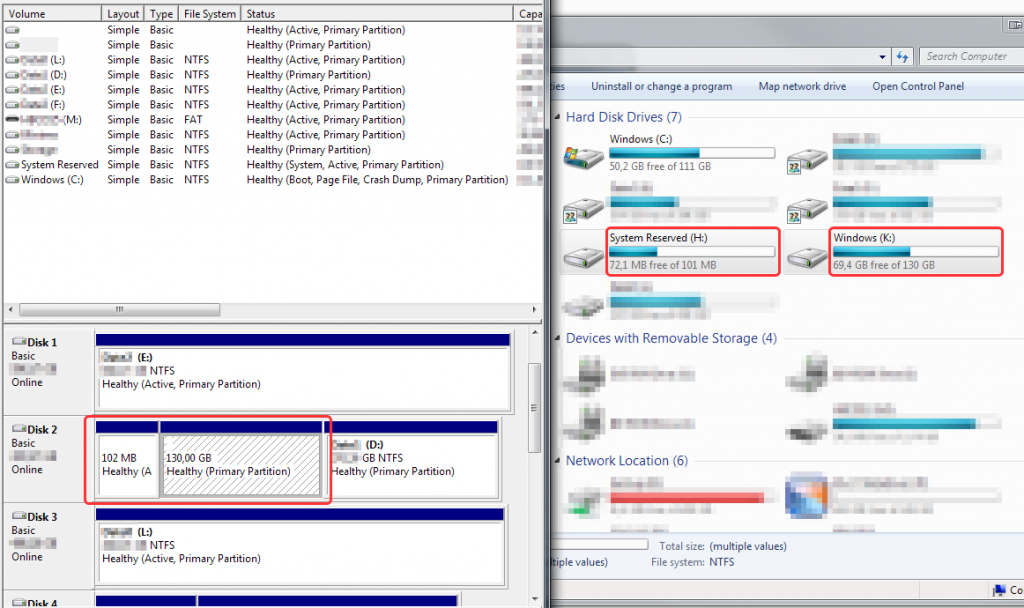 Luckily, I found MOUNTVOL, a Windows utility (present in all Windowses since Xp) which “creates, deletes, or lists a volume mount point”.