Frustrated by the lack of copyright reform in Europe, several Members of European Parliament have started a coordinated platform to urge the European Commission to update its outdated policy. The MEPs are looking for a more flexible copyright system which benefits European citizens and businesses, including the decriminalization of file-sharing for personal use. The first steps towards these goals are to be made during an event in Brussels on Tuesday. 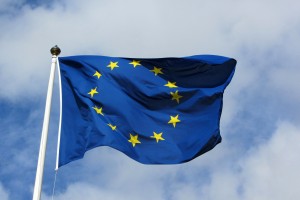 The European Copyright Directive (Infosoc) dates back more than a decade.

At the time the Internet looked entirely different from how it does today and as a result many lawmakers believe that significant reforms are needed to bring legislation into line with present reality.

“People all over the EU are increasingly concerned that the copyright system is no longer for them, and that many aspects of copyright law as it is currently applied, managed and interpreted by courts in the member states is not satisfactory or relevant,” the letter read.

However, thus far the Commission has not followed this up, which has prompted the MEPs to take more concrete action themselves. This coming Tuesday European Parliament Members Amelia Andersdotter, Marietje Schaake and Pawel Zalewski will host an event to highlight the lack of progress and the need for change.

Talking to TorrentFreak, hostess and Pirate Party MEP Amelia Andersdotter explains that the current copyright directive is heavily outdated. It restricts people’s ability to enjoy and share culture, as they constantly have to worry about the legal ramifications.

“Infosoc has created a horrible licensing nightmare that no one is able to penetrate. Those who make use of culture – filesharers, DJs, libraries, schools – live in a constant state of uncertainty,” Andersdotter tells TorrentFreak.

“It’s really difficult to find out what the freedoms and rights are of those who use culture. What is permitted and not permitted? When is someone at risk of getting sued? The law really needs to make that more clear.”

Decriminalization of file-sharing is one of the issues that’s on the agenda. This directly affects over hundred million Europeans and will facilitate the development of new business models.

But, while the file-sharing issue is good for grabbing headlines, the changes called for by Andersdotter and her colleagues are much broader.

Information in general should be more readily available across Europe, without complex copyright limitations and restrictions.

“We want a reform of the copyright framework to enable greater legal certainty for those who make use of cultural works. Considerably more flexibilities should be worked into the system to enable better access to culture for libraries, online archives, research, visually impaired people and educators,” Andersdotter says.

“Decriminalizing file-sharing should of course be included in such a reform. That would decrease a lot of the negative pressure on new business models online, and on non-commercial uses of works.”

This coming Tuesday these and other issues will be discussed during “The Case of Text and Data Mining” event. This event has been setup to encourage a more coordinated effort among MEPs of various parties to get the copyright reform ball rolling.

“My hopes are that this event will be the first step towards a longer-term platform for collaboration between like-minded members of Parliament who keep the interests of the European public at heart,” Andersdotter says.

“Starting next year, we have a new parliament and a new Commission, so I have a strong feeling that we need to coordinate early how to ensure that better legal certainty, and more freedom to use culture is established as a norm. More than any other time in Internet history, it’s important to build common and shared platforms of cultural exchange and dialogue,” she concludes.

For those who are interested, tickets for the event – which will also be streamed live – are still available.