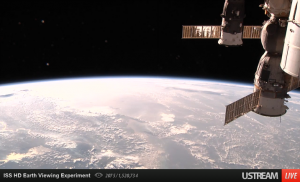 It is mounted on the External Payload Facility of the European Space Agency’s Columbus module. This experiment includes several commercial HD video cameras aimed at the earth which are enclosed in a pressurized and temperature controlled housing. Video from these cameras is transmitted back to earth and also streamed live on a dedicated UStream channel.

While the experiment is operational, views typically sequence though the different cameras. Between camera switches, a gray and then black color slate briefly appears.

Since the ISS is in darkness during part of each orbit, the images are dark at those times. During periods of loss of signal with the ground or when HDEV is not operating, a gray color slate or previously recorded video may be seen.” 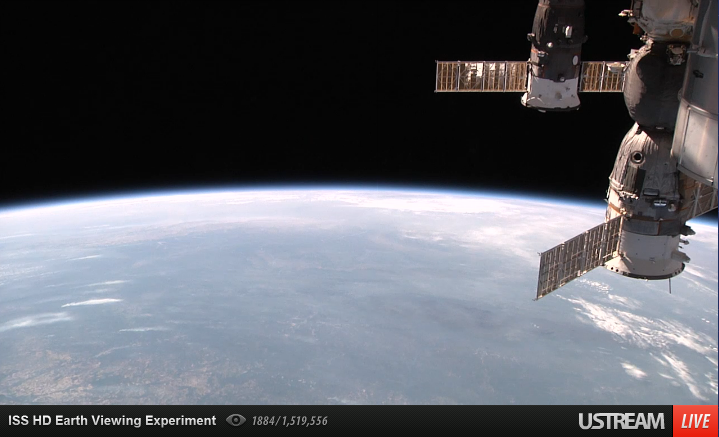 For a display of the real time ISS location plus the HDEV imagery, visit http://eol.jsc.nasa.gov/HDEV/